What forces drive tissue morphogenesis? Embryos are made of soft materials consisting of cells with limited mechanical capacities, yet they develop in a robust and coordinated manner and produce large-scale deformations (morphogenesis). We are interested in the ways in which developing tissues produce and respond to mechanical forces in order to achieve the correct shape and pattern.

This knowledge is useful for understanding complex birth defects and engineering stem or reprogrammed cells into tissues, as well as interpreting the changes in diseased tissues such as tumours.

We use early avian embryos as a model system. The large size and accessibility of these embryos allow us to image cell and tissue dynamics, perform molecular genetic perturbations, and deploy novel mechanical tools such as soft gels and cantilevers to measure and apply forces. By integrating cell and tissue dynamics, we found that the paraxial mesoderm and axial tissues coordinate their elongation through mechanical feedback.

We are currently investigating if the identified forces are also important for the straightness (bilateral symmetry) of the tissues and the folding of the neural tube. 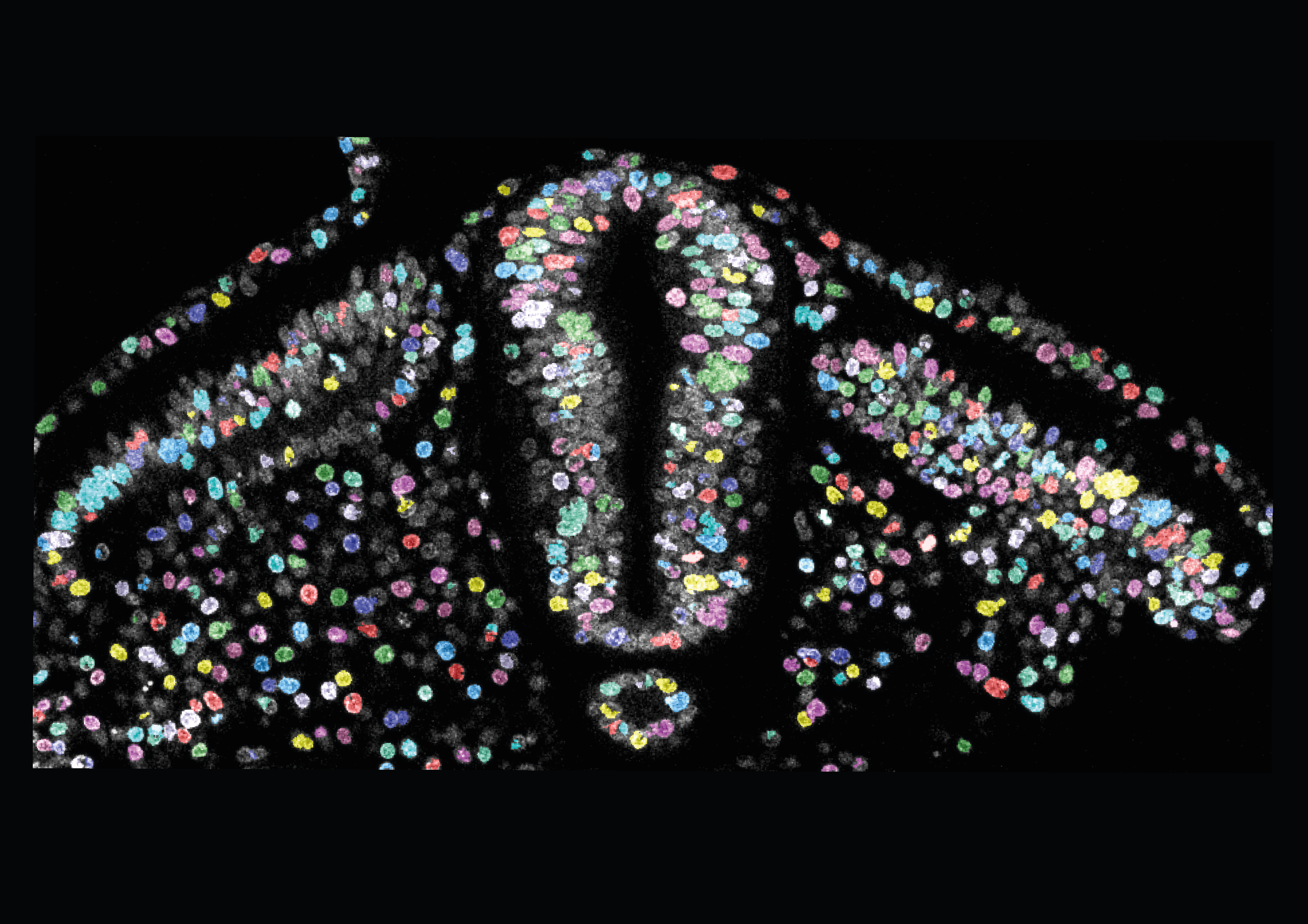 Confocal image of nuclei in a fixed chicken embryo cross-section with overlaid deep learning-based nuclear segmentation. The neural tube is in the centre, the notochord lies underneath the neural tube, and somites are located on either side. (Segmentation using https://platform.deepmirror.ai.) Susannah McLaren, Xiong lab. 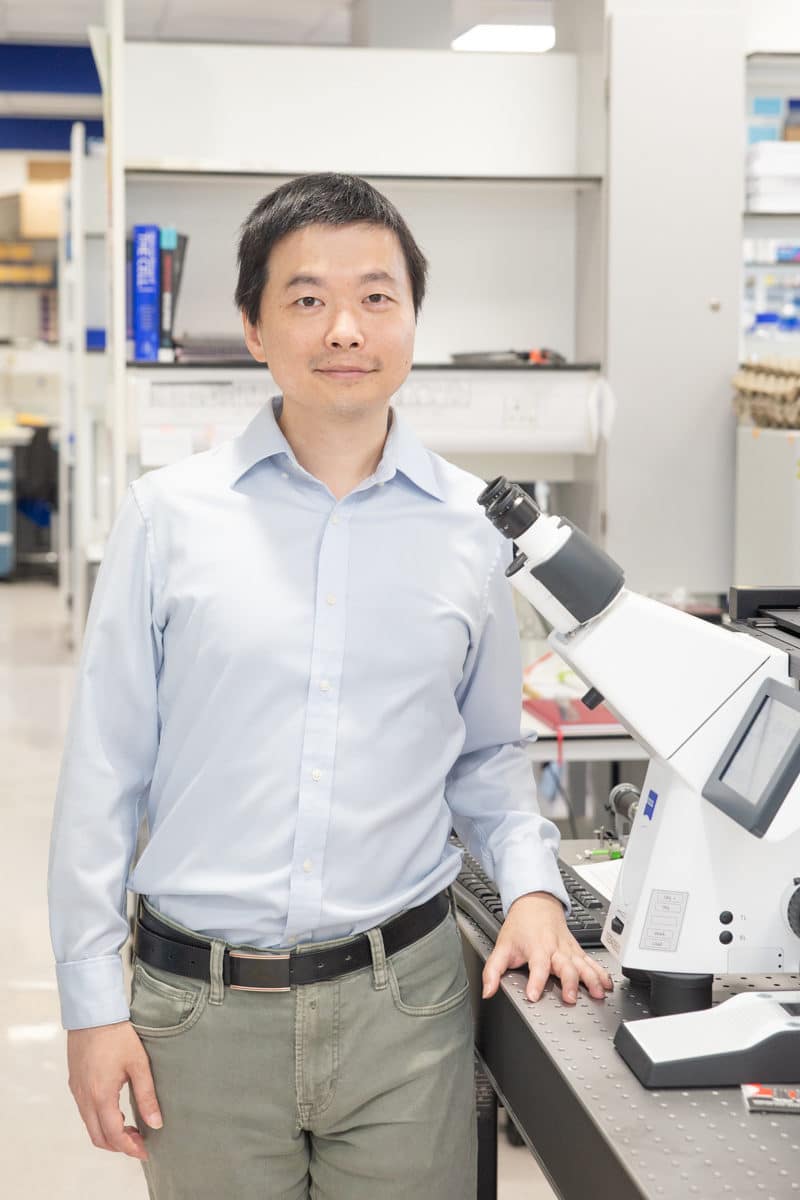 Fengzhu earned his BS degree at Tsinghua University and his PhD degree at Harvard University. His PhD dissertation work with Prof Sean Megason focused on imaging and modelling of cell dynamics to understand pattern formation and morphogenesis during development.

He developed live imaging and single cell tracking in zebrafish embryonic neural tube, which led to the discovery of a novel cell sorting process that promotes the boundaries between neural progenitor domains (Xiong et al., 2013). In parallel, he developed a theory study of the interplay between cell shapes and divisions in the embryonic surface epithelium. Using a geometry model, this study explained how an epithelial morphology can robustly emerge from a mechanically coupled group of cells that only follow simple local rules, thus bridging the cell and tissue levels (Xiong et al., 2014).

Fengzhu then conducted his postdoctoral training with Profs Olivier Pourquié and L. Mahadevan at Harvard, shifting focus to tissue mechanics. He found that, in the forming body axis, the axial organs including (notochord, neural tube) are compressed by the flanking paraxial mesoderm. They in turn push cells in the caudal progenitor domain into the paraxial mesoderm, sustaining the latter’s growth. These coupled mechanical interactions form a positive feedback loop analogous to an internal combustion engine (Xiong et al., 2020).