Nuclear reprogramming by oocytes and eggs

Can we make cell reprogramming more efficient? Our group focuses on somatic cell nuclear transfer to amphibian eggs and oocytes from two complementary points of view. One aims to identify the molecules and mechanisms by which the cytoplasm of an egg or oocyte can reprogramme the nucleus of a differentiated somatic cell to behave like that of an embryo. From this state, many different kinds of cells for replacement can be generated.

The other aim is to identify the molecules and mechanisms that stabilise the differentiated state of somatic cells, as a result of which they resist reprogramming procedures. For these purposes we use single nuclear transfer to unfertilised eggs or multiple nuclear transfer to ovarian oocytes.

We make use of the special properties of an amphibian oocyte to inject messenger RNA that codes for a transcription factor protein. When this has been synthesised, it concentrates in the oocyte nucleus. The next day we inject plasmid DNA directly into the oocyte nucleus, where the factor causes transcription, and later expression, of a reporter gene in the plasmid. 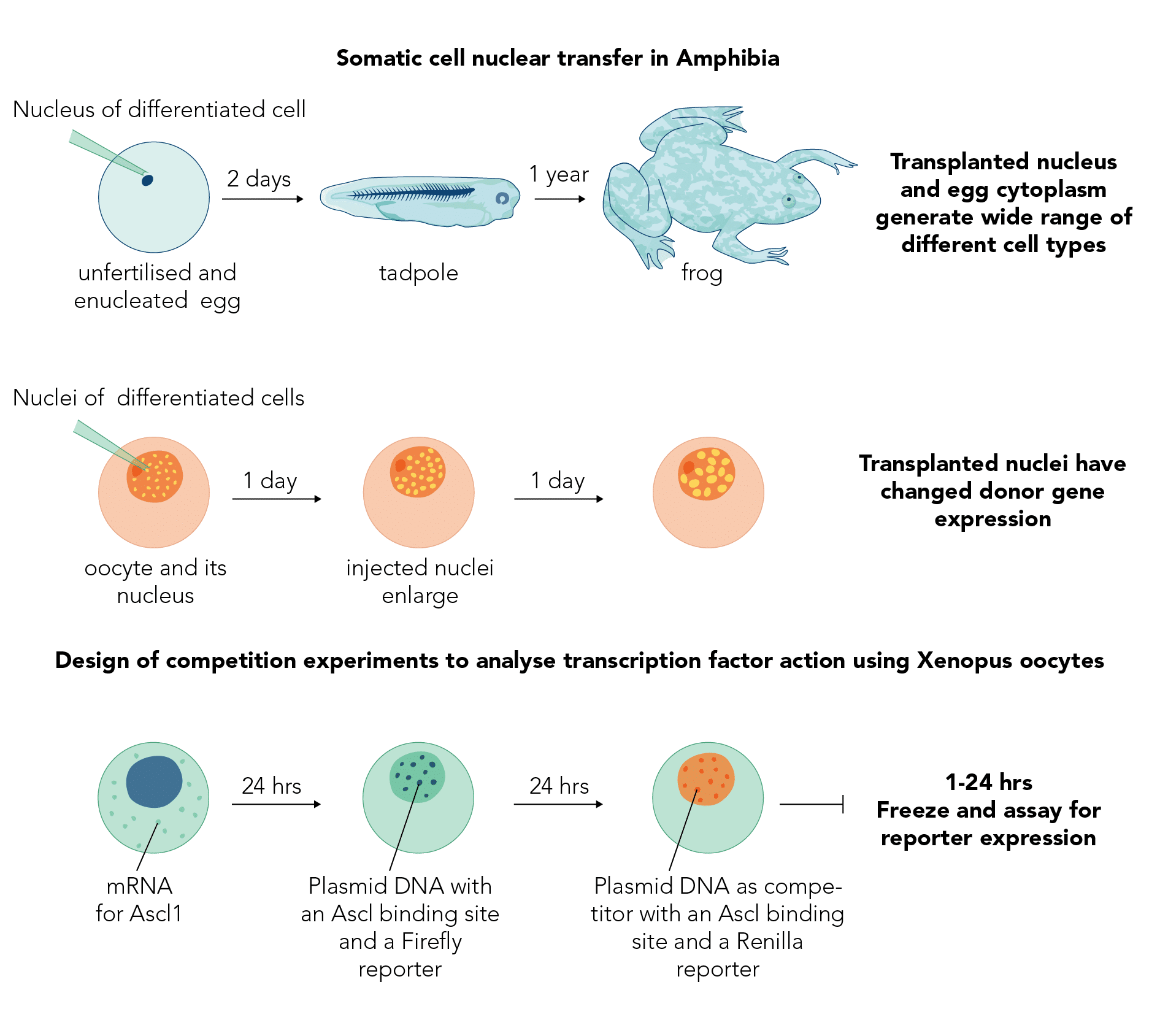 Top: Two types of nuclear transfer experiments, with eggs or oocytes.
Bottom: The Xenopus oocyte can be used to provide a functional test for the binding of a cell-fate- determining transcription factor, such as Ascl1 for nerve. Once expression of the first plasmid DNA is established, a second plasmid is not able to compete because of the stable binding of the factor. 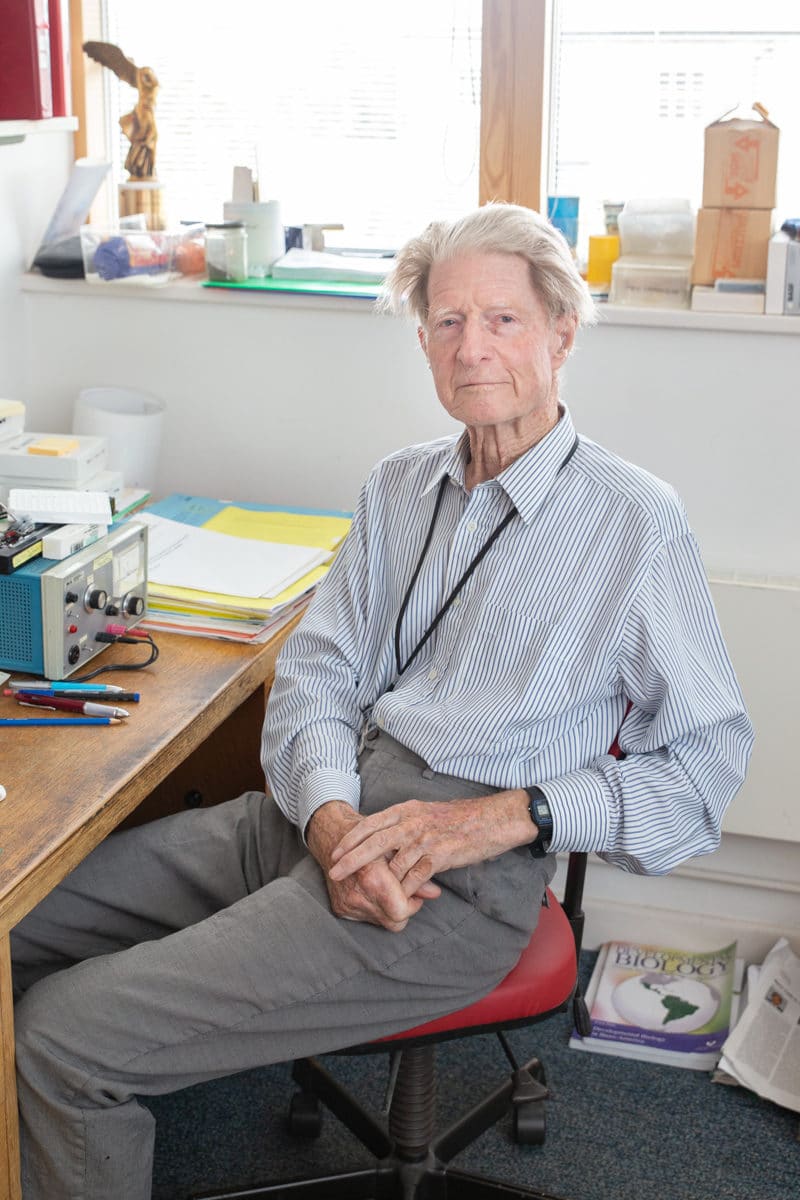 Educated at Eton College, where he did Classics, having been advised that he was unsuited for science, and Christ Church, Oxford (Zoology). PhD with Michael Fischberg, on nuclear transplantation in Xenopus.  Obtained the first clone of genetically identical adult animals.  Demonstrated genetic totipotency of somatic cell nuclei by obtaining sexually mature frogs from the nuclei of intestinal epithelium.

Dr Gurdon has received multiple awards and recognitions internationally, too numerous to list them all here (we provide a selection, and more can be found in ‘Who’s Who’).