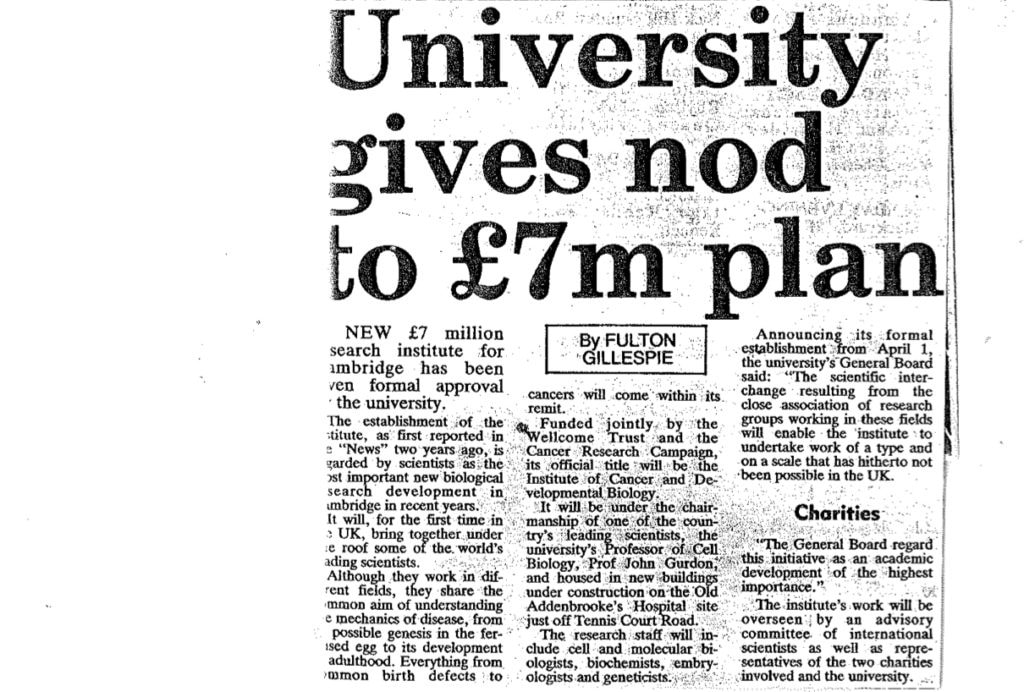 History of the Institute

Whose idea was it to create the first Wellcome research institute? When did Cancer Research UK get involved?
We have the story…

It began with John Gurdon

Although the Institute did not bear John Gurdon‘s name until 2004, John was a founding member in 1991 along with Professor Ron Laskey.

Ron recounts the story of the conversations and chance meetings that developed into a funding proposal and eventually into our first new building. 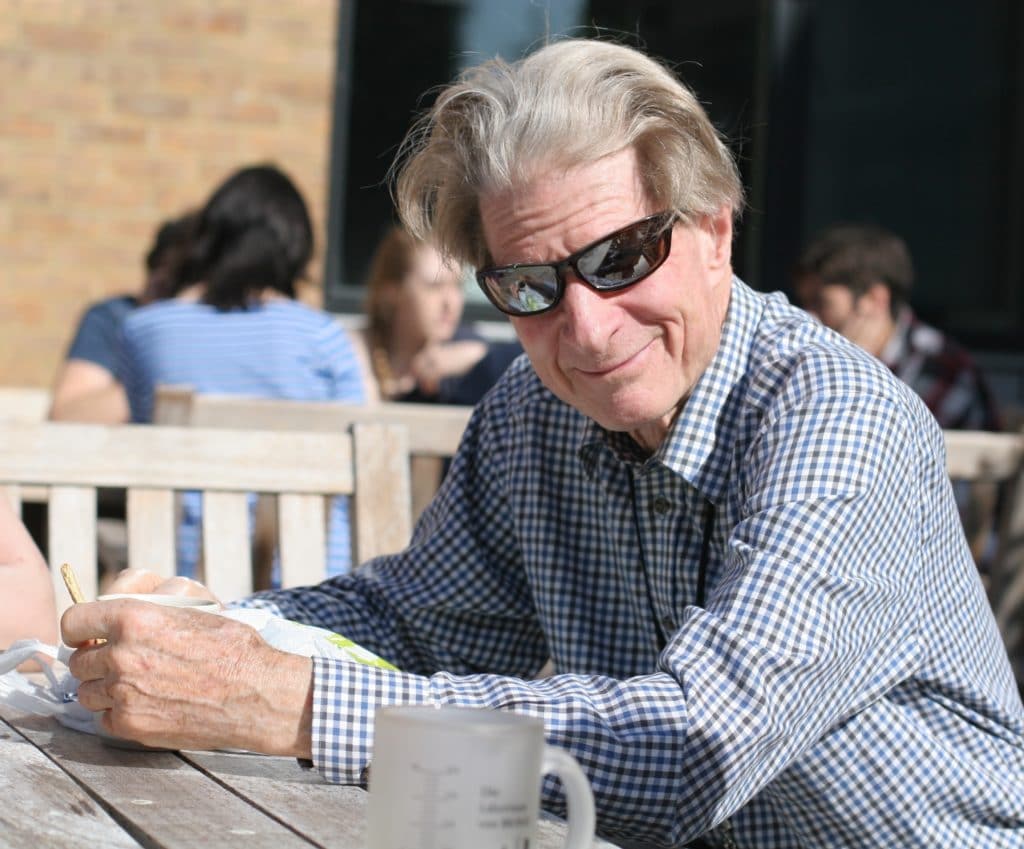 Portrait of John B Gurdon by Eva Hoermanseder

There are many world-renowned researchers in developmental biology and cancer biology who started or progressed their careers at the Institute. Other notable alumni now run successful companies, from small biotechs through to billion dollar concerns. 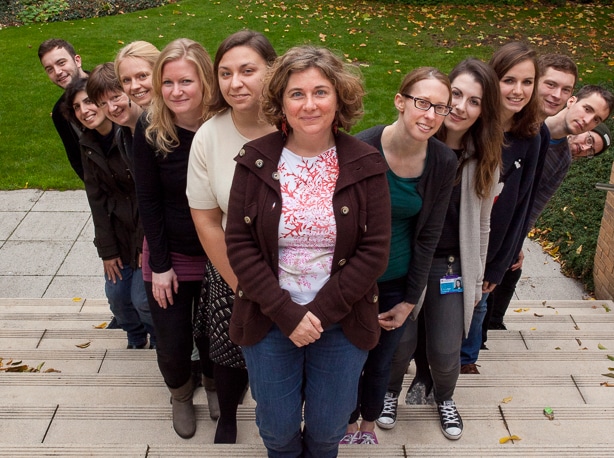 Eugenia Piddini and group in 2015, by J Smith